The International Watch Company (IWC) is based in Schaffhausen, Switzerland, and the brand is best known for their pilot watches and dress watches. Today IWC Schaffhausen is a part of the Richemont Group.

The History of IWC 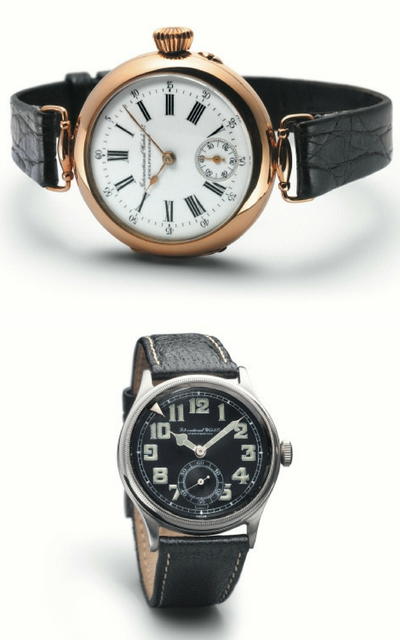 Florentine Ariosto Jones was a watchmaker from Boston Massachusetts, and in 1868 he founded the International Watch Company in Schaffhausen, Switzerland. From its beginning, the brand has been inspired by the American spirit, and Jones’s primary aim was to produce high-quality pocket watches for the American market.

In 1880 Jones decided to return to the United States, and he sold the company to the Rauschenbach family, an industrialist family from Schaffhausen. In 1899 the International Watch Company produced their first wristwatch, a ladies wristwatch with a 63-calibre ladies’ pocket watch movement (pictured).

In 1903 Bertha Margaretha, a Rauschenbach daughter, married Ernst Jakob Homberger, and in 1905 Homberger took control of the company. During the Homberger era, the International Watch Company produced the first “Spezialuhr fur Flieger” (also known as the “Special Pilot’s Watch) and the first Portugieser. The “Special Pilot’s Watch” (pictured) was the brand’s first pilot’s watch, but it was not the last. Today IWC is known for creating reliable pilot watches. As for the first Portugieser, this watch launched a collection that is still very popular today.

In 1955 Hans Ernst Homberger became the last private owner of IWC, and in that same year, the brand launched the first Ingenieur. A few years later in 1967, IWC launched their first dive watch, the Aquatimer.

During the quartz crisis in the 1970s and 80s, IWC focused on creating highly technical watches with elaborate complications. This strategy of focusing on the beauty of mechanical watches set IWC apart from their competition, and this helped the brand survive the quartz crisis. The first Da Vinci watch was produced during this time, and this was the first watch to feature both a chronograph and a perpetual calendar.

In 2000, IWC was acquired by the Richemont Group and today the brand continues to produce quality watches with innovative designs and complications. 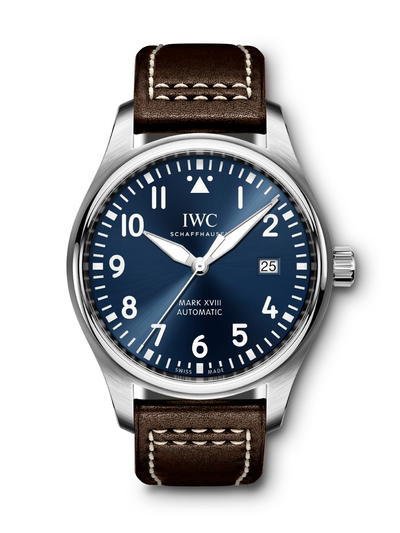 The two most popular collections from IWC are the Portugieser collection and the Pilot’s Watch collection. Both of these collections launched in the 1930s, and they are IWC’s two oldest collections.

IWC’s pilot watches were inspired by the cockpit instruments found in planes. The dial is reduced to the bare essentials to make it easy to quickly read the time. The dial also features luminescent hands and indices, so the time can be read in less than ideal conditions. As for the crown, the original pilot watches had large crowns that were designed to be easy to grip even when wearing thick gloves.

When I found this IWC Mark XVIII watch and saw it was priced at $3,950, I immediately was intrigued. The price is affordable for a luxury watch from a well-known brand.  The IWC Mark XVIII Review 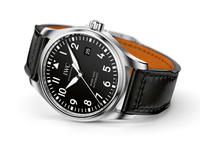 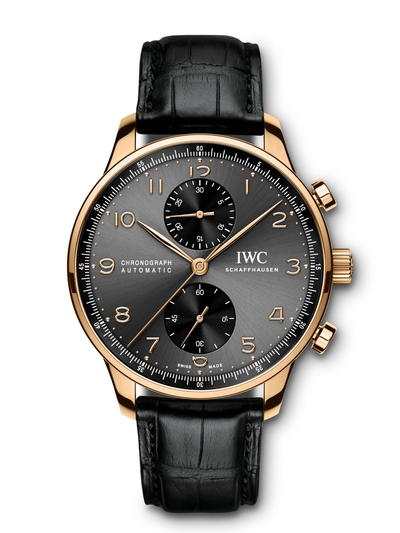 The Portugieser collection is also incredibly popular among watch collectors. This collection was launched in 1939, and it is comprised of highly technical dress watches. The Portugieser has an iconic design that originated in the 1930s. This design features simple Arabic numerals, slim feuille hands, a railway-track-style chapter ring, and a large dial.

The watch pictured is the IWC Portugieser Chronograph.

It’s easy to become overwhelmed when looking at the price tag of luxury watches. High-end watches can cost upwards of thousands or even hundreds of thousands of dollars. However, you don’t need to break the bank in order to purchase a luxury watch. 10 of the Best Watches Under $5,000 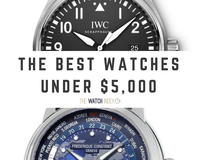