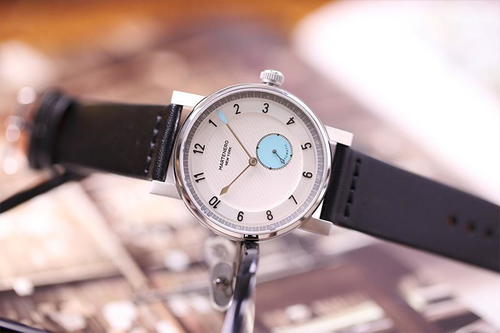 Welcome back to our American watch brand series. Today we’re featuring a New York brand, Martenero. After two years developing his vision for his watch brand, John Tarantino founded Martenero in 2014 with the idea of taking traditional mechanical watches and giving them a modern makeover. Although these are modern watches, they have a timeless look, which ensures that they won’t go out of style in a few years. Simply put, Martenero watches offer a new take on tradition.

Although Martenero watches have a similar “look,” each collection has its own unique design. According to Tarantino, their first design, the Ace, was an updated take on the classic pilot watch, whereas the Edgemere reimagined the marine chronometer. Tarantino states that “ideation to final design takes anywhere from one to six months. From there [they] have to prototype and then manufacture the watches.” Currently, Martenero has six models available: Edgemere, Kerrison, Ascent, Marquis, Ace, and Founder.

Two of their most popular models are the Edgemere and the Kerrison. As previously mentioned, the Edgemere’s nautical-themed design was inspired by marine chronometers. The watch features a raised hour ring and textured interior, which adds depth to the dial. The watch is powered by the Miyota 8245 automatic movement, and it offers a 40-hour power reserve. Buyers can choose between four different colors: white/blue, white/red, blue, and silver. Personally, I can’t stop looking at the blue model. It has a modern design and color scheme that are rather appealing. 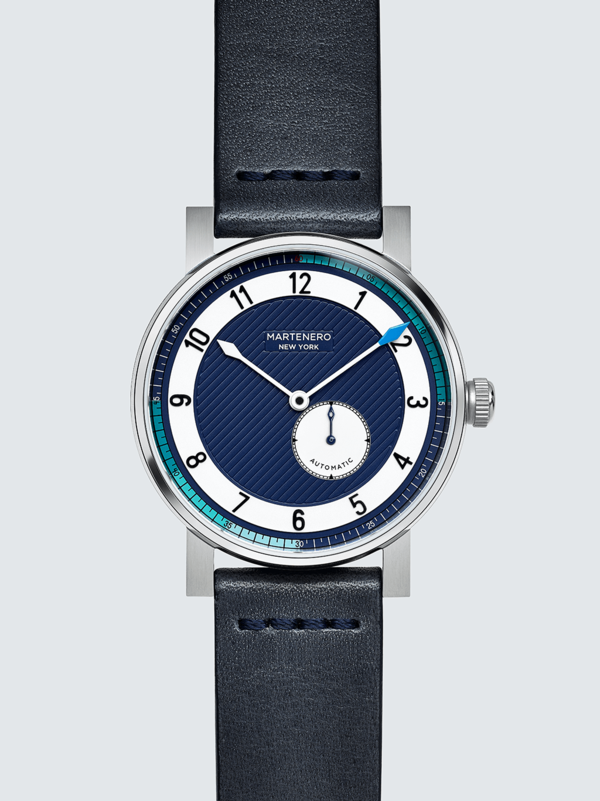 As for the Kerrison, it is an incredibly versatile watch that would not be out place at the office or at home. This watch is Martenero’s most recent addition, and they launched the watch on Kickstarter. Similar to the Edgemere, the Kerrison has a raised hour ring and clean-cut design. It also features a date window at 6 o’clock and a transparent case back. Through the case back, you can watch the Miyota 9015 automatic movement at work. This watch offers a 42-hour power reserve. The Kerrison comes in four different colors: white/blue, white/silver, black/dark blue, and dark blue. If I were to choose a favorite, I would be torn between the white/silver model and the dark blue model. However, I wouldn’t say no to any of the models. 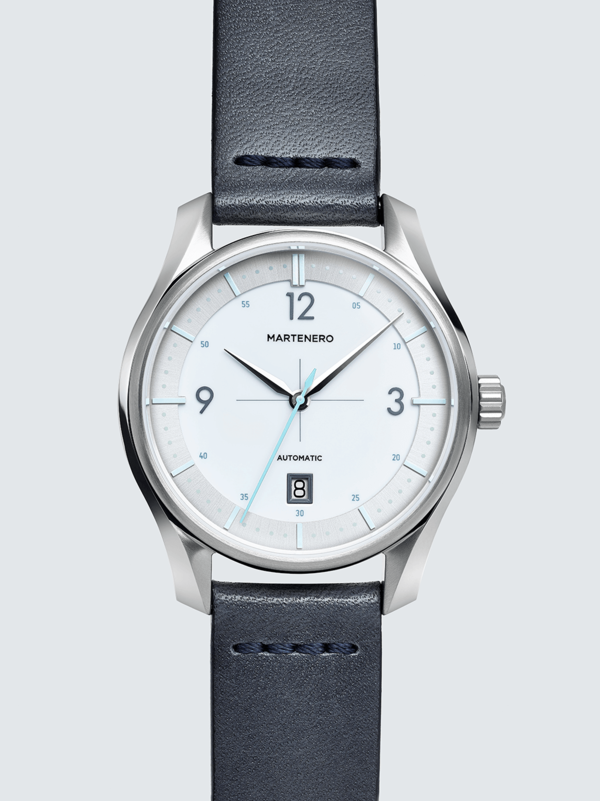 Since we’re featuring American watch brands, I always like to tell you what is and what is not made in the US. Of course, you already know that the US does not have a large watchmaking industry, so watch brands frequently use Swiss- or Japanese-made movements and parts. As for Martenero, Tarantino told us that each watch is designed in-house by a small team in New York. Currently they source their movements from Miyota, which is a company based in Japan, and production of components (case, dial, hands) is headquartered in Hong Kong. The watch straps are produced in the US, and quality control, assembly, and testing are done in their New York workshop. 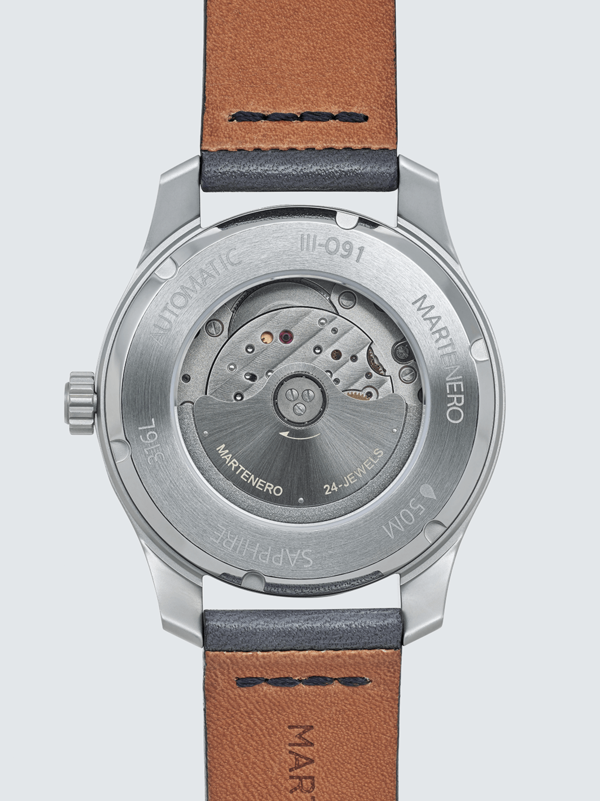 Although Martenero is a relatively new brand, they’ve already made a name for themselves in the watch industry. But Tarantino isn’t planning on stopping here. He says that they’re currently working on expanding into new versions of their most popular models, using new movements with new complications. (Hint: Something exciting will be coming this summer!) They’re also going to experiment with new case finishes like PVD or rose gold.

Martenero’s goal is to offer something for everyone, and they’re definitely doing that. Their watches are priced between $400 and $600, so these watches won’t break the bank. As Tarantino says, they “offer details and finishes that are most commonly associated with watches costing multiples of what they sell theirs for.”

When thinking of luxury watches, many people immediately think of Swiss-made watches. But what about American-made watches? The Top 10 American Watch Brands