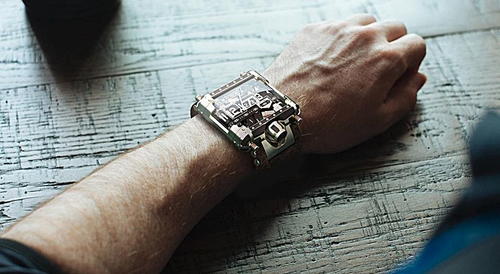 Our American watch brand series continues with a rather unusual brand—Devon Works. Devon Works is known for creating innovative watches unlike any other. This Southern California brand was founded by Scott Devon, and it’s quickly made a name for itself in the luxury watch industry. In 2010, the same year that they launched their first watch, Devon Works was a finalist in the Best Design and Concept Watch categories at the Geneva Grand Prix. It was the first American watch brand to earn this honor.

So what makes this brand so unique? Quite simply… their patented Time Belt technology. Each watch features a system of interwoven Time Belts that displays hours, minutes, and seconds in a way that I have never seen before. These watches are definitely not your traditional mechanical watch. Instead of watching the hands tick around the dial, buyers will watch tiny fiberglass-reinforced nylon belts cycle through the hours and minutes. Although this technology is rather different, reading the time is intuitive. The hour digits scroll by on a horizontal belt while the minutes scroll on the vertical belts.

According to Scott Devon, this innovative “Belt-Driven Time was inspired by numbers on a custom motorcycle drive belt.” Devon originally designed this watch for Honda Motors as an ancillary design to a concept car. But the watch’s design was so impressive, that one of the members told Devon to “Forget the car, make the watch.” This was sound advice, seeing as Devon Works is now one of the leading luxury watchmakers in the United States.

One of their most popular models is their original Tread 1 which of course features their Time Belt technology. This watch is powered by an onboard microprocessor, which controls all of the watch’s functions and ensures steadfast accuracy. This computer-like device may not be traditional, but you don’t have to worry about its reliability. The Tread 1 is accurate to within a half-second every day.

Also impressive is the watch’s power reserve. The watch can run for up to two weeks on a single charge, and charging the watch only takes a few hours. 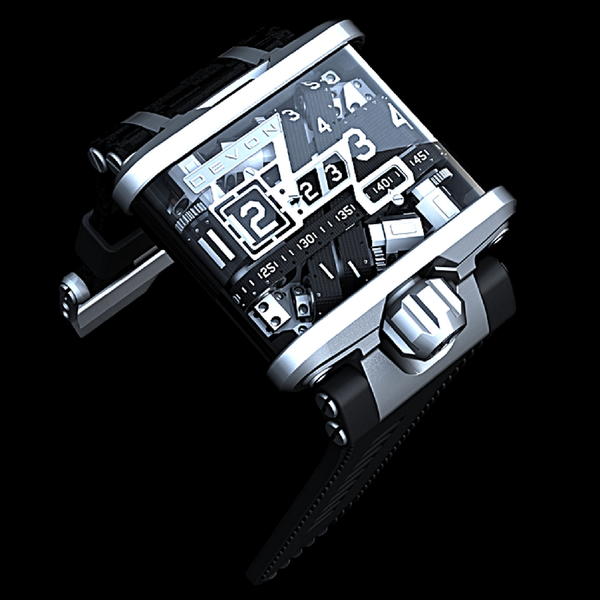 If you like the Tread 1, then I highly recommend you check out the Tread 2. Although this model made a few changes, it’s still recognizable as a Devon Watch with its Time Belts. The hours are still featured on the horizontal belt, but the minutes are now displayed on a single vertical belt (instead of two belts). According to the brand, a seconds display and chronograph can be triggered by the watch’s unique articulating crown lever and push button. 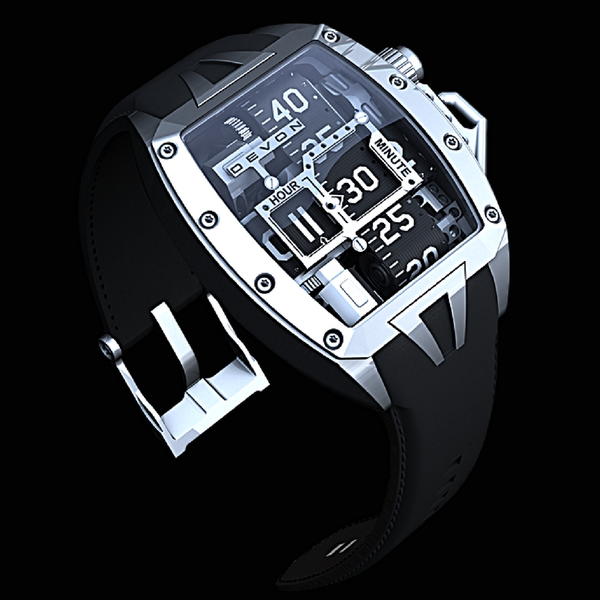 So you may be wondering… where does Devon Works get their parts? Since they are unlike any other brand, they are not able to source their parts from Switzerland or Japan like many other brands. Devon Works watches are developed and manufactured in the US, and Scott Devon explained that their “production is outsourced to a boutique aerospace engineering firm in California that also does work with NASA.”

In terms of future plans, Devon was kind enough to let us in on a sneak peek. They are currently developing “a floating sphere desk clock for Star Wars that will be introduced later in 2018.” This will be a perfect complement to their 2015 limited-edition Star Wars watch! This watch incorporated key elements of Darth Vader and the TIE Fighter, the starship of the Imperial fleet. The all-black DLC stainless steel case features wings that span out on either side of the case that were inspired by the wings of the TIE Fighter spacecraft. The crown is also finished with the Galactic Empire logo, and the main screws that connect the case and lugs were reinterpreted as aircraft turbine intakes. 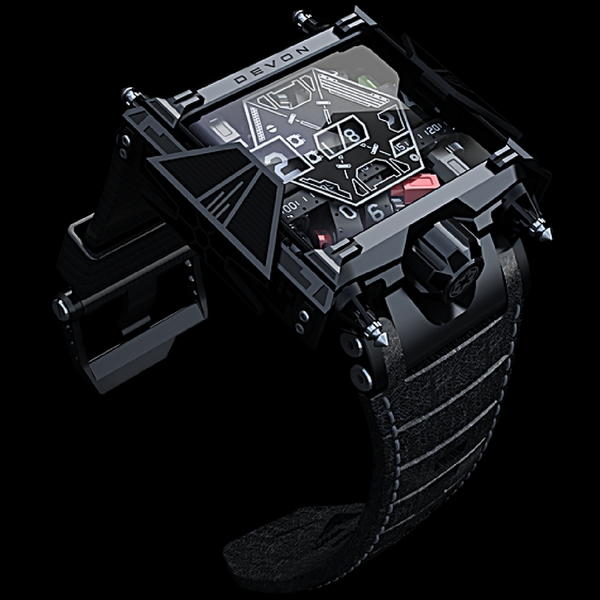 All-in-all, Devon Works has created some pretty impressive watches. I will definitely be keeping an eye out to see what they come up with next.

When thinking of luxury watches, many people immediately think of Swiss-made watches. But what about American watches? The Top 10 American Watch Brands